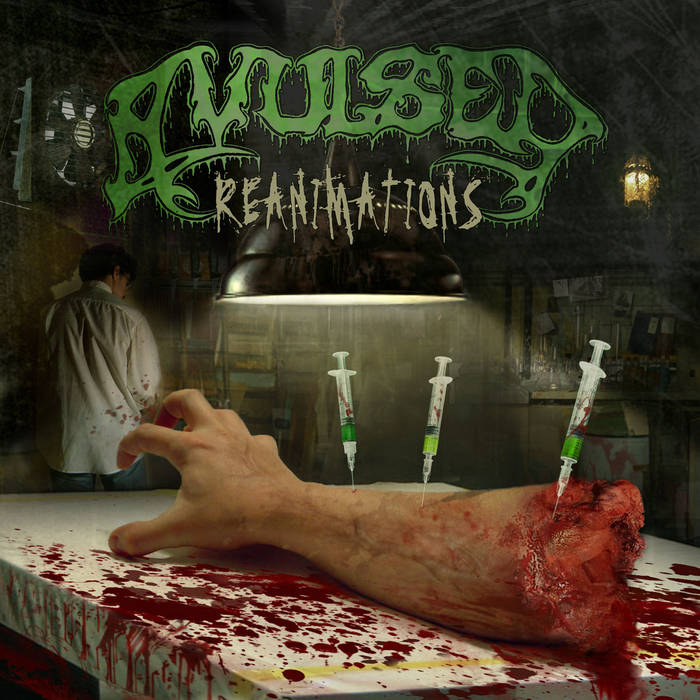 When you buy any of our songs, money will go directly to AVULSED, without intermediaries, and will be collected to help on the recording of our upcoming album.

Why downloading it illegally if for only 1 EUR you can get it at maximum quality and supporting the band??

- Released by Xtreem Music (www.xtreemmusic.com)
- AVULSED tracks recorded and mixed at VRS Studios from 10th to 19th of February 2006.
- Engineered by Samu.
- Mixed & produced by Samu & AVULSED
- All songs mastered by Peter Neuber from MEGA WIMP SOUND at UFA Studios in Babelsberg (Germany) between 20th-25th of February 2006.
- Cover artwork and design by Phlegeton (www.phlegeton.com)
- Band photo by Phlegeton.
- All songs written by AVULSED except #4 by EXODUS, #5 by W.A.S.P. and #6 by GOREFEST.
- Of course and as always… no fucking vocal effects were used on this recording!!