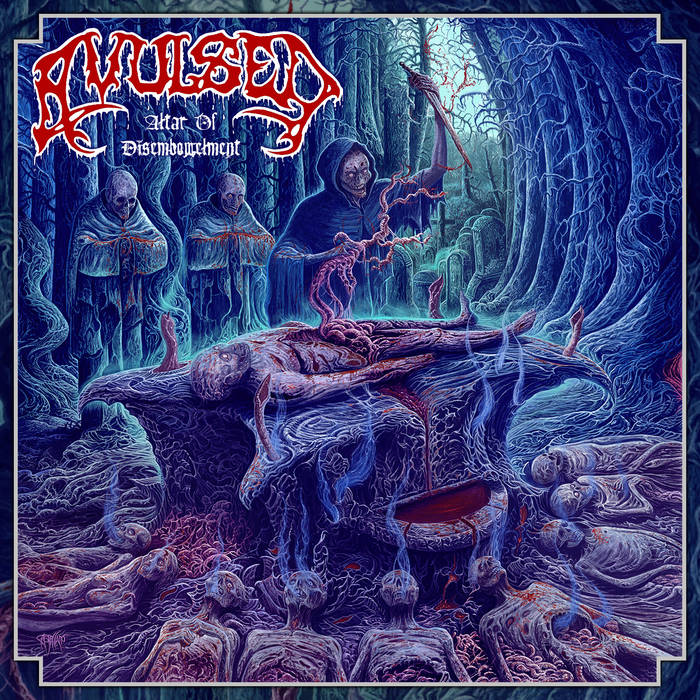 - Guitars & bass recorded in May 2015 at Overhead Studios by Raul Fournier
- Drums recorded in April 2015 at The Metal Factory Studios by Alex Cappa
- Vocals recorded in June 2015 at Sanctuary Studios by Dave Rotten
- Mixed in June 2015 at Overhead Studios by Raul Fournier
- STEM mastering in June 2015 at Unisound by Dan Swano, Oedt (Germany)
- Cover Artwork by Mr. Juanjo Castellano (www.juanjocastellano.com)
- Band photos by Unai Endemañno
- All music by AVULSED except Neon Knights" by BLACK SABBATH
(all rights of the owner are protected)
- All lyrics by Rogga Johansson
- Logo by Luxi Lahtinen
...and as always... no fucking vocal distortion has been used on this recording!!